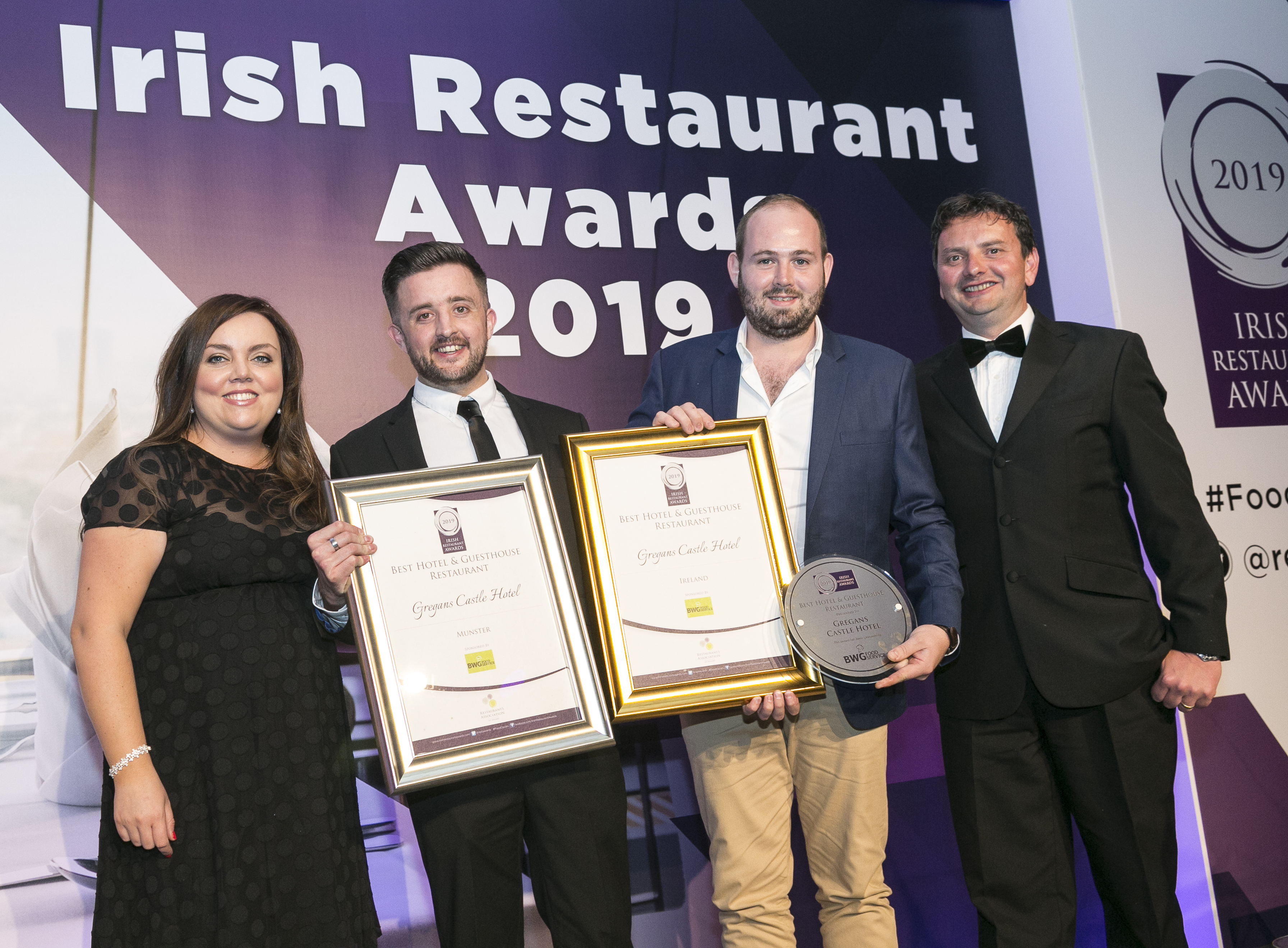 BWG Foodservice were proud sponsors of both Best Hotel & Guesthouse Restaurant and Best Kids Size me.

Speaking at the awards, Chief Executive of the Restaurants Association of Ireland Adrian Cummins commented, “This is the 11th year of the Irish Restaurant Awards, and it has been the biggest year for the awards to date. Over 90,000 nominations were received from the public in January, and over 2,000 restaurateurs attended the Regional Awards, which were held in Kildare, Monaghan, Limerick and Sligo. The standard for judging this year has been very high.

Ireland may be a small country, but it boasts everything from fine dining to high quality gastropubs, from the comfort of traditional Irish food to exploring the world through exotic world cuisine, the Irish restaurant industry has much to offer. We have an appreciation for what we eat and where our food comes from, as well as the dedication of those working in the food industry”.

Ricky O’Brien, Foodservice Director at BWG Foodservice, talks about the pride he and his team feel in sponsoring the ‘Chef of the Year’ category at this year’s Gold Medal Awards. It is not an exaggeration to state that the hospitality sector has been one of the industries hardest hit by the Covid-19 pandemic and the…

It Wouldn’t Be Christmas Without Turkey & Ham!

Our premium Turkey and Ham portions are an ideal time saver this festive period. All our portions are produced from natural turkey breast and home-cured gammon with a delicious high quality butter-based stuffing. Our turkey is cooked in a way that retains flavour and moisture. The ham is slow cooked for a succulent flavour and…

Coolhull Farm is a family-owned Irish company founded in 1990 by Tomás Murphy who began making ice cream using a classic Italian recipe on his dairy farm, at Coolhull, Co. Wexford. The company specialises in dairy and makes a full range of premium ice cream, baked desserts and dairy desserts using the raw milk and…